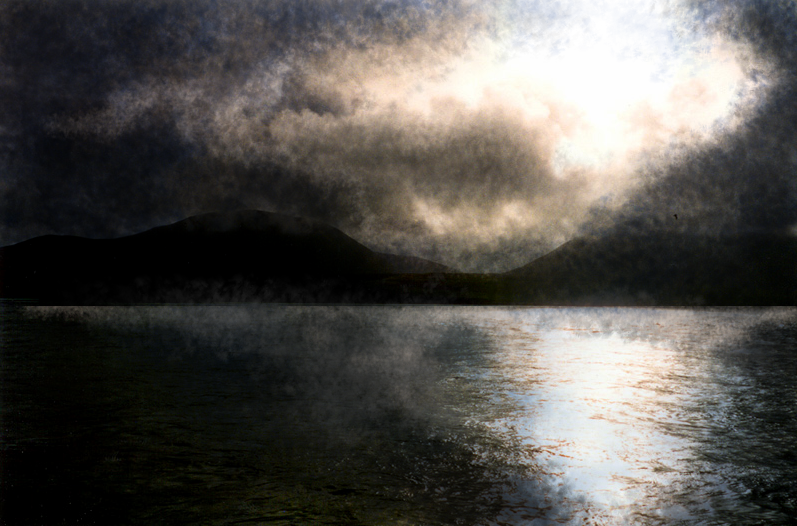 As many of you will know we now enter a period of Mercury retrograde when Mercury appears to travel in the opposite direction in the heavens. Mercury reached the 29th degree of Pisces, before beginning a return journey to 16 of Pisces, so a retrogradation of some 15 degrees. Why is this of significance?

Commonly, Mercury retrograde periods are associated with mechanical failures, errors, mistakes and so on. This, to me, seems a rather superstitious way of thinking. Anything that goes “wrong” during a Mercury retrograde is often neatly blamed on the planet. Personally, I feel that this kind of astrological fatalism is not something that does us, or astrology, any favors. Things don’t just randomly go wrong. We have to look closer.

I thank my friend, astrologer Gina Brazeal, for directing me to a webcast by Eric Francis Coppolino, who draws our attention to two very significant points. First, the fact that Mercury goes retrograde on the very last degree of the Zodiac, 29° Pisces, which is the 360th degree, before we enter 1° of Aries, so beginning a new cycle. Second, Mercury then stations conjunct Neptune at 16° of Pisces and will be conjunct Neptune for about 10 days.

The Sabian Symbol for 30° Pisces is as follows:

PHASE 360 (PISCES 30°): A MAJESTIC ROCK FORMATION RESEMBLING A FACE IS IDEALIZED BY A BOY WHO TAKES IT AS HIS IDEAL OF GREATNESS, AND AS HE GROWS UP, BEGINS TO LOOK LIKE IT.

KEYNOTE: The power of clearly visualized ideals to mold the life of the visualizer.

Nathaniel Hawthorne’s story “The Great Stone Face” is used here, in an allegorical sense to show the capacity for self-transformation latent in man. This power can be developed through visualization when the emotions and the will are poured into the visualized mental image. At the highest spiritual-cosmic level this is the power used by the God-like Beings at the close of a cosmic cycle in projecting the basic Formula (the Word) which will start a new universe. In a biological sense, it is the power latent in all seeds — the power to produce and guide the growth of the future plant. A most fitting symbol for the last phase of the cyclic process. Within the end of the cycle, the seed of a new beginning exists in potency — unless the entire cycle has proven to be a failure.

This is the last stage of the last scene of the great ritual play of cyclic transformations. It brings to us a realization of the power of archetypes as factors conditioning life processes. Thus we could use as a final Keyword: ARCHETYPALIZATION.

If we now return to 16° Pisces, the Sabian symbol is as follows:

PHASE 346 (PISCES 16°): IN THE QUIET OF HIS STUDY A CREATIVE INDIVIDUAL EXPERIENCES A FLOW OF INSPIRATION.

KEYNOTE: Reliance upon one’s inner source of inspiration or guidance.

In this last scene of the great ritual of cyclic existence, we are dealing with various aspects of the process that enables man to “confirm,” formulate and perpetuate the original creative impulse which has become self-actualized in a myriad of ways throughout the cycle, short or long as the cycle may be. This first symbol strikes the keynote of truly significant creative processes: their source is above, beyond, but also around the individual creator. The inspiration, original and individual though it may be, is given a form which is conditioned by the cultural, social and religious background of the creative person. In a sense, every genius merely records an answer to the needs of his time. The hands that write, play an instrument, or mold a plastic material are his own; the urge or drive back of the flow of inspiration has arisen in the vast collective mind of Man.

This is the first of the seventieth series of five symbols. The individual aspect of the creative process is emphasized as is the individual’s need for concentration and at least inner quiet. He must have faith in his own SUBJECTIVE STRENGTH.

It is as though Mercury is giving us an intuition of the process of our individuation. In seeing the Great Stone Face, the child so gains an inkling of his or her inherent greatness and this vision becomes a guide for future life and growth.  The Sabian Symbol invokes the power of clearly visualized ideals to mold the life of the visualizer. The Channel Abraham always reminds us to hold in our vision a “Better feeling place“. This could also be the Great Stone Face of our capacity for latent transformation.

In creative work, it is often helpful to prime our subconscious before we carry out a creative task. By familiarizing ourselves with the terrain, a text, an idea, we prepare ourselves for the creative act. By taking us to this point of visualization, it is as though Mercury is priming us for integration of a cosmic download to come as the sun passes into Aries at the Equinox. Mercury, remember, is the divine messenger.

Where does Mercury take us in his retrogradation? Back to degree 16°. Here we are asked to have reliance upon one’s inner source of inspiration or guidance. I don’t think the message could be clearer. And this, is, of course, taking place conjunct Neptune, ruler of Pisces.

We are being asked to open ourselves to the great Cosmic Spirit, to feel connected with the greater picture, the boundless, infinite domain of Neptune himself. Neptune can, of course, be associated with illusion and indeed addiction in his negative pole, but if we follow his positive pole, we are being guided to the creation of a point of self-observation (self-awareness) outside of the ego. This weakens the barrier that separates the conscious from the unconscious and develops what may be called our awareness of the Divine.

I would like to propose that rather than focus our Mercury retrograde on why the toaster might seem to be malfunctioning (!!!), we step back into a more Cosmic realm, and understand the deep beauty and depth of the message and the greatness of the gift which Mercury now brings. See our potential for greatness at the cusp of Aries, and then step back with Mercury to rejoice in our awareness of the Divine. Is this not the most beautiful lesson, as Uranus steps into Taurus?

Blessings on your Mercury Retrograde. If you enjoyed this article and would like to know more about how this affects your own chart, you are most welcome to get in touch to see how I can help you.

May the energies of the season be with you, strengthen you and deepen your connection to the Divine.