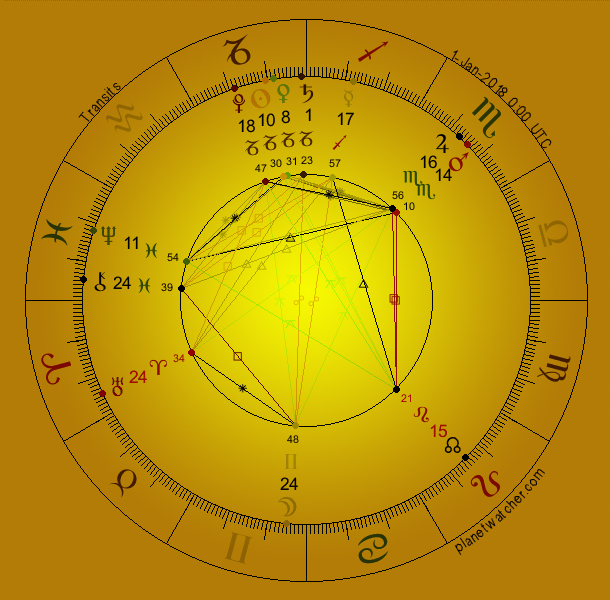 As we enter 2018, the North Node of the Moon is at 15° Leo. I would like to reflect here upon the Sabian Symbol for this degree (we read the degree above, so the reading is for 16°). The major crisis alluded to could very well be the last solar year, as many of us have been deeply challenged. And yet, many of us are using these challenges for powerful growth, taking down what is no longer needed, and stepping into a powerful and fresh new energy.

KEYNOTE: The surge of life and love after a major crisis.

The symbol speaks clearly for itself. How brilliant the light after the long “night of the soul”! The battered but unconquered consciousness finds itself exalted in the marriage of sunbeams and rising sap. This indeed is “Release” — light and life singing in the cleansed and refreshed mind, flooded for a while by the waters of feeling.

This is the first stage in the twenty-eighth five-fold sequence. It is a sequence that reveals consciousness at its most inspiring moments of enjoyment. But these “peak experiences” can operate at several levels. The first and most basic level is that of life itself, and of the overcoming of its many crises — THE JOY AND POWER OF NEW BEGINNINGS.

Since there is a powerful square to Jupiter and Mars in Scorpio, the Third Hexagram of the I Ching comes to mind:

DIFFICULTY AT THE BEGINNING works supreme success,
Furthering through perseverance.
Nothing should be undertaken.
It furthers one to appoint helpers.

As Richard Wilhelm says: The name of the hexagram, Chun, really connotes a blade of grass pushing against an obstacle as it sprouts out of the earth–hence the meaning, “difficulty at the beginning.”

This then is the beginning of the New Year and the image of a new journey is combined with a difficulty. But, as we all know, difficulty is the mother of invention, and we will work with this energy to accomplish the journey respecting dangers and pitfalls. I would contrast this with the blithe setting-out of the Fool in Tarot.

Taking the North Node as an indicator for the direction of the Soul’s evolution in this new year, it is powerful yet aware of difficulties ahead. We need to take these two together and understand how we can use the energy of Mars and Jupiter to further the journey, not hold it back. This is of course up to each of us. The beauty of meditation upon a chart is to become more lucid, and more discerning.

Blessings for your New Year’s Day!
May you all be well!